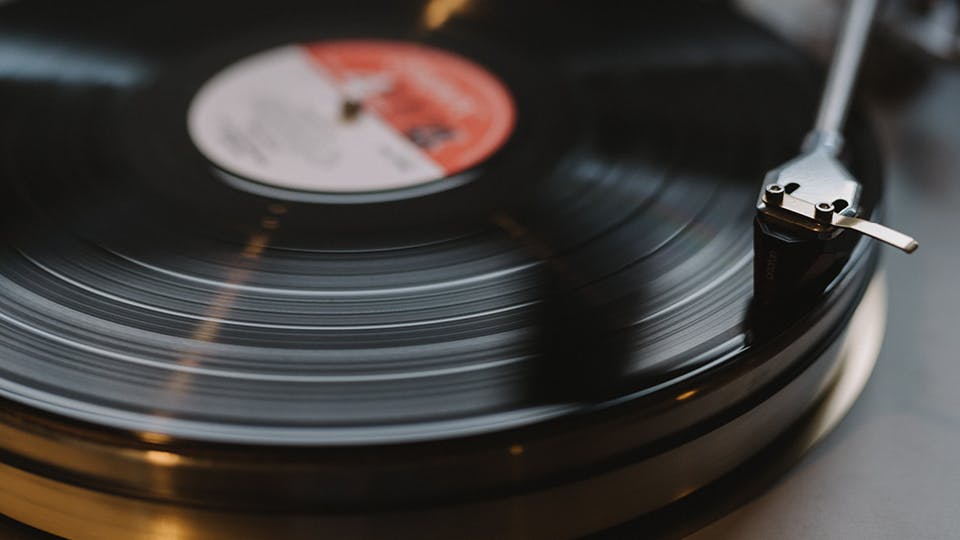 To engineer The Runwell Turntable, Shinola partnered with VPI Industries, the premier American maker of turntables. The family-owned and operated company was founded almost 40 years ago in the basement of Harry and Sheila Weisfeld. The young couple didn’t intend to revolutionize turntable industry—the music made them do it.

As the story goes, Harry, a devout audiophile and habitual tinkerer, knew that for his records to reach their sonic potential, they had to be clean. The only available record cleaning device on the market at the time was too steep for the young sheet-metal worker, so he made his own.

A chance meeting and a review of the cleaner from one of the world’s leading audio magazine editors at the time turned Harry’s hobby into one of the most beloved, and respected, brands in the business. 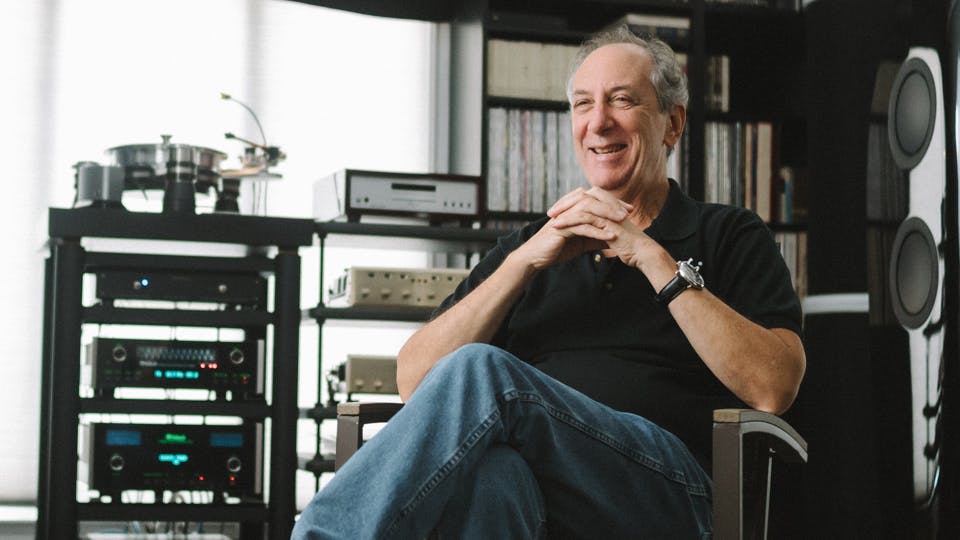 Harry Weisfeld (pictured above) is the ultimate audiophile.

Now at the helm is Mat Weisfeld, Harry’s and Sheila’s youngest son.

“I grew up making tables, but I never had any intention of going into the family business. I went into teaching,” Mat said. “When mom got sick, I started getting more involved, just to help out in any way I could.”

When Sheila passed away from pancreatic cancer in 2011, the family had some tough decisions to make. They considered selling the company. A trip to the CES Conference to accept an award from Stereophile on his mother’s behalf, just three weeks after she passed, changed that.

“There were a couple of defining moments for me on that trip. One was a lunch with our Hong Kong distributor, Ernest Lau,” Mat said. “I felt completely unprepared to fill my mom’s role within the company, and I admitted that to Ernest. With a Yoda-like disposition, Ernest told me I already knew everything I needed to know, I just didn’t know it yet. He said I was about to make some mistakes and some bad things would happen, but he would stand by us, no matter what.” 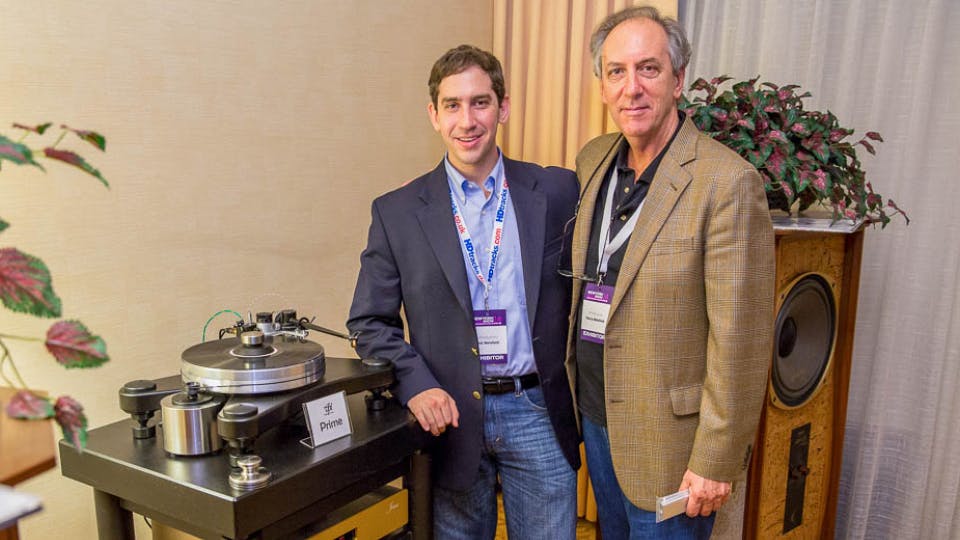 Mat Weisfeld and Harry Weisfeld (pictured above) with the first turntable designed by Mat, The Prime.

On the plane back from the conference, Mat made a sketch for a new turntable, which he showed to his dad upon his return. “Dad took my sketch, which looked like a child’s drawing, and designed what would become our traveler turntable, in memory of my mom.”

Low overhead, loyal partners and a strong fan base kept VPI humming, even as the industry experienced massive changes with the introduction of digital technology and new ways of listening to music. Due in part to the recent resurgence in the popularity of vinyl, Mat knew the company needed to streamline their operations in order to stay competitive.

“Once I figured out that I couldn’t do both jobs well—teaching and VPI—I quit teaching. I had discovered a real love for the family business I had run away from and I made a choice,” Mat said. “It came down to the fact that I love making things.”

“Dad and I fought over everything in the beginning. Because he never intended to make products for other people and was just making them for himself, none of his products were made to be easily mass produced,” Mat said. “We had to simplify production.”

Mat’s teaching experience greatly influences the way he thinks and the way he works, especially when it comes to design.

“In the classroom, if the student having the most difficulty can keep up while the most advanced student still feels challenged, then I know I’ve done my job,” Mat said. “I apply that same philosophy at VPI.”

Even though now retired, Harry can still be found at the office, doing what he does best—tinkering.

“My dad never wanted to burden me with the business after my mom passed and that’s why we had a hard time in the beginning. But when he saw that the company was growing and dealers were happy, he couldn’t have been prouder,” Mat said. “He loves the idea that we’ve maintained the culture as well as the consistency in quality—and he still gets to play.”

Mat’s wife, Jane, has taken over many of the responsibilities that Sheila once had at the company. In many ways, the couple is following in his parent’s footsteps.

“This will always be a family company,” Mat said. “My 90-year-old grandma still works here. My customer service director, Marc, is a former student. Rich, my floor manager, was our former sheet metal supplier along with his father And then there’s Jan. He was sold a messed-up table on eBay, and when he Googled us, he saw that we were only five miles away. He came by one day, and he and my dad put the table back together. They had a great conversation, and afterwards, my dad offered him a job. We’re that kind of company.” 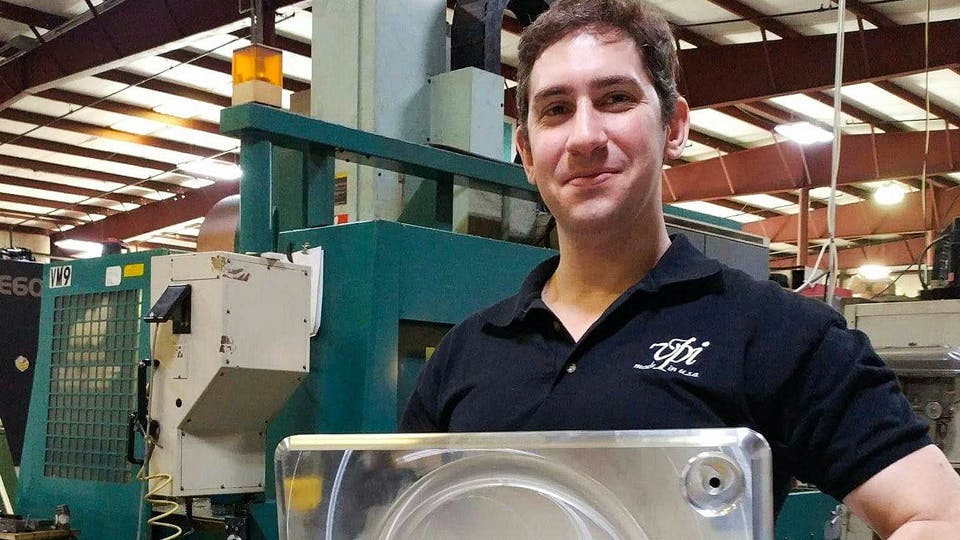 Mat Weisfeld (pictured above) is thoroughly enjoying his new career, especially Whisky Fridays with his staff.

“Collaborating with Shinola was something we were really excited about because we share so many of the same values.” Mat said. “Making our tables in America, with as many American parts as possible, even though costs are higher, was important to my parents, and it’s important to me.”

During the design process of The Runwell Turntable, every curve and detail were obsessed over. Mat knew they got it right when he played the album Take Five by Dave Brubech.

“Does the piano sound a like a piano? Does the trombone sound like a trombone? Does it have that magic? Can you get lost in it?” Mat asks.

It does, and you can. 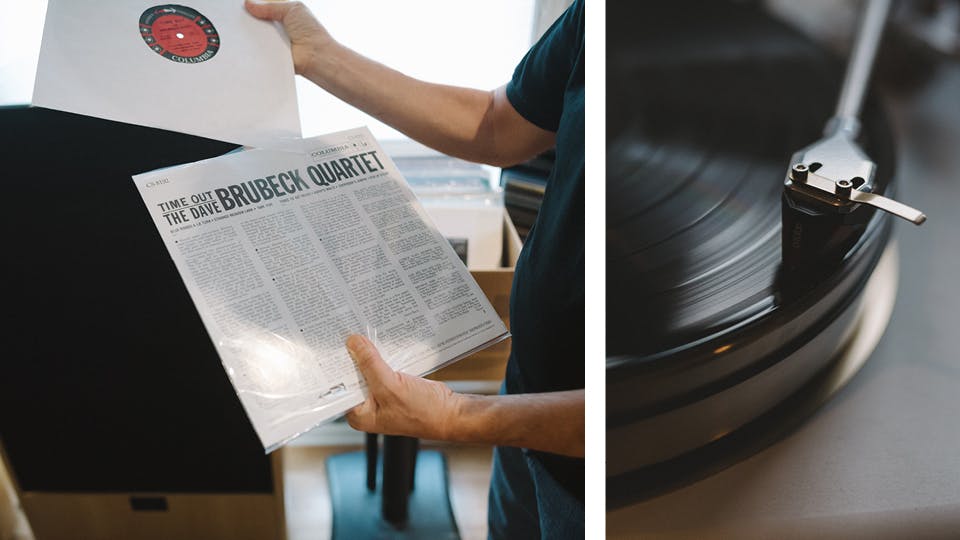 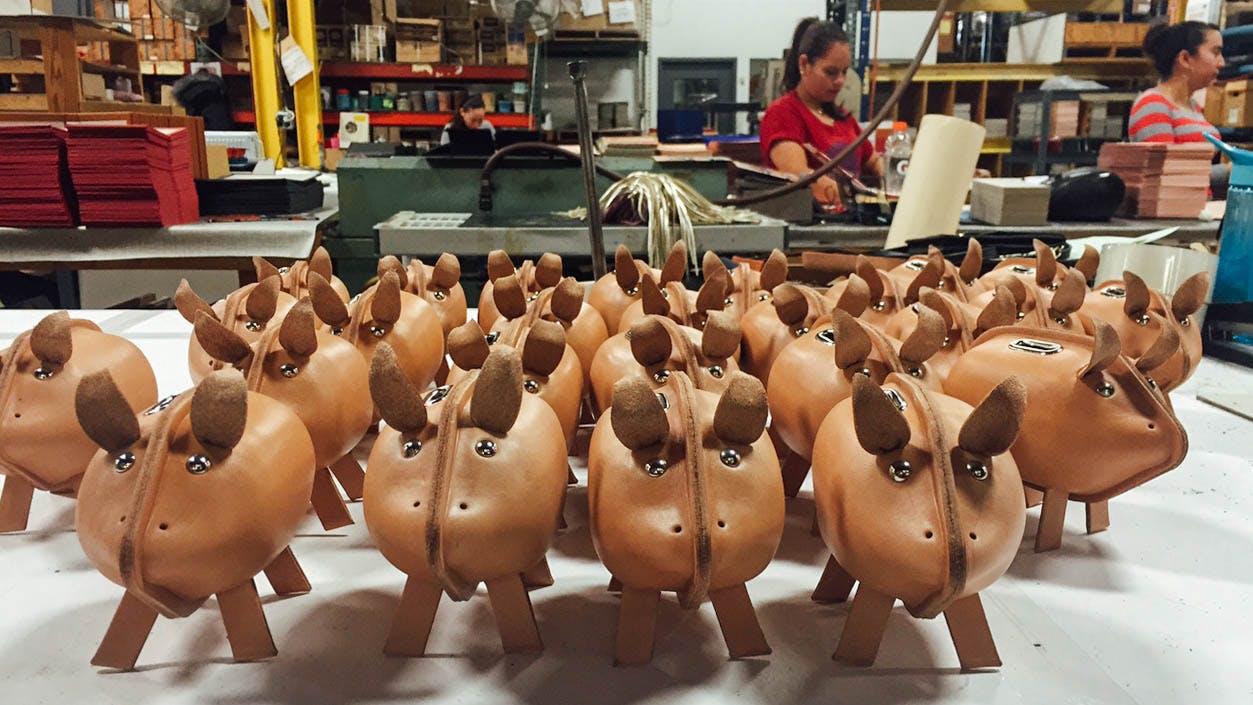